There are now 26,000 National Guard troops in DC. Does this look like preparations for an inauguration? Oh, and there's the Air National Guard 182nd Security Forces, Air Force combat infantry, today loading up on a C-130 Hercules transport plane on its way to DC:

But this is just for the inauguration of Joe Biden. Right.

Asked if the extensive security measures around the city would be reversed after the inauguration, Bowser said, “We are going to go back to a new normal,” she said.

“I think our entire country is going to have to deal with how our intelligence apparatus, security apparatus at every level deal with a very real and present threat to our nation.”

The Mayor of DC just told you what the "new normal" is for the USA. IF the CCP and the globalists get their way. 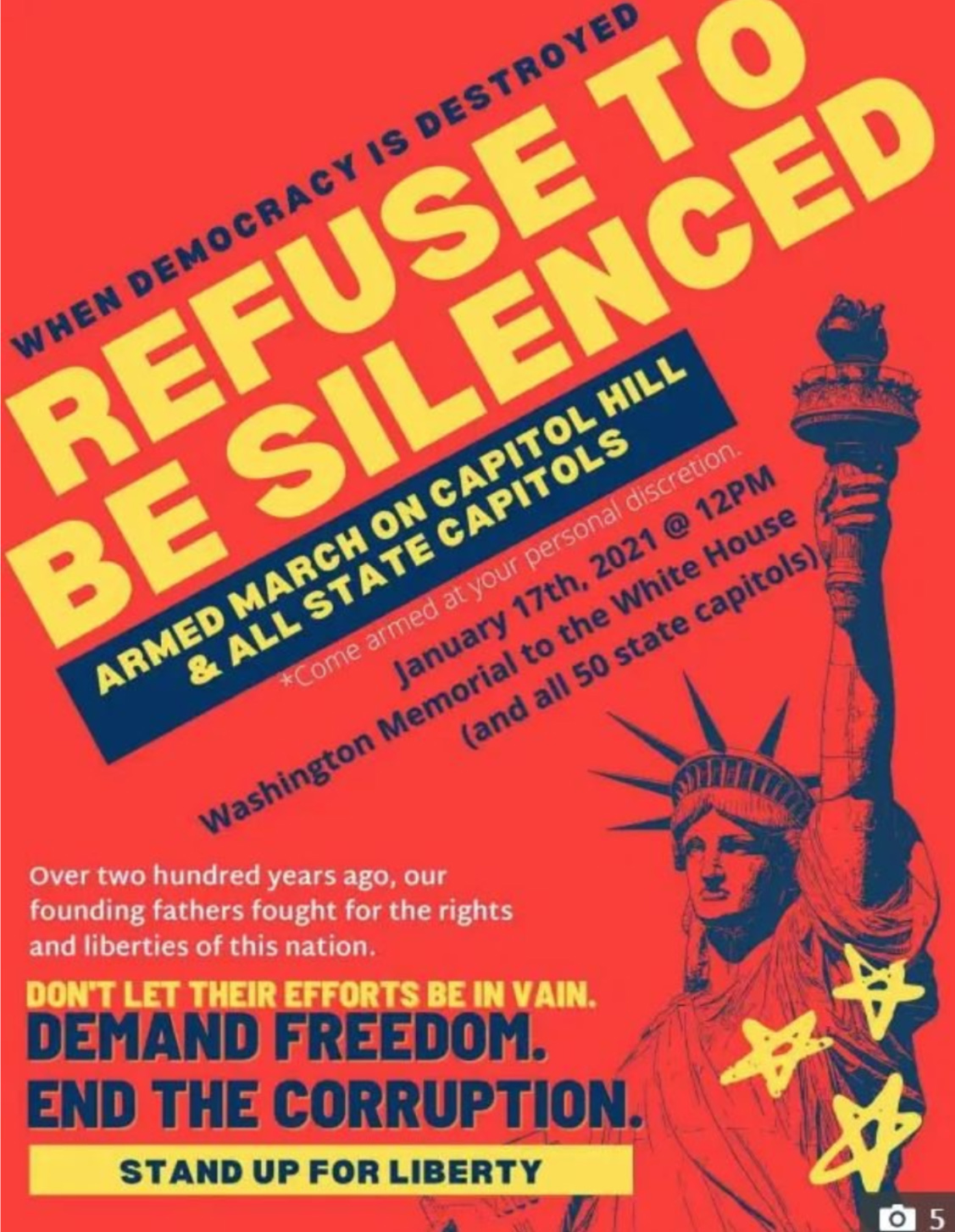 Yeah. If riots occur on the 17th, we know who is backing them. Who do you think was behind the "insurrection" at the Capitol Building on January 6th? You know, the one where police officers opened the gates and let people in? (You can find vids of this if you search for them, even if Facebook and Twitter and Google ban them).

Here is Trump telling right-wing crazies to stand down and stay home:

President Trump is signing executive orders and acting like a person who has won a second term. And maybe he has. Allegations of massive voter fraud may actually be true. Did Trump win the 2020 election?

Here is a vid from a poll-watcher in Fulton County, Georgia:

Here is a statement from President Trump at WhiteHouse.gov. Notice the present tense. "I will always be committed to stopping the endless wars."

This statement doesn't sound like a guy who is giving up on being president.

Yesterday President Trump told reporters: “We have very strong emergency powers under the Stafford Act,” Trump told reporters in the Oval Office on Thursday. “I have it memorized, practically, as to the powers in that act. And if I need to do something, I’ll do it. I have the right to do a lot of things that people don’t even know about.”

I have a feeling something massive will go down in DC within the next few days. National Guard troops are literally sleeping on marble floors in the Capitol Building. Check out the images in this article:

My hope is that whoever is president decentralizes the federal government out of DC. There is far too much corruption in DC. Legislation is written by K Street lobbyists and sent to the Congress for rubber-stamp approval. What's the difference between the U.S. Congress and the CCP's Peoples Congress? Not much these days. Both are anathema to their own people.

We're living through the most monumental period in world history. What happens here in the US will affect the rest of humanity. Watch what happens!