Is honesty better than guile and subterfuge?

Many people would say that subterfuge  is better, because it’s a lot more clever. Here’s how the argument goes:

“You don’t give away your game plan so everyone can see it, do you? If you do, you are a fool, because now everyone knows what you are doing, and your secret to success can be duplicated by everybody, taking away from your profits. What good is that? Would you rather be Microsoft or Mozilla? Who do you think has a better life, the fools who work for a non-profit, or filthy rich Bill Gates? Only simpletons and fools are honest and open.”

But of course on planet earth, we live in hierarchical societies where a few have a lot of power, and the “masses” have very little. We live in an environment where knowledge of clean energy exists, but is not implemented. We live on a planet where millions of people continue to die unnecessarily from the disease of cancer - a condition that was cured back in 1934. We live on a planet, to summarize the words of Alexis de Tocqueville, where governments bribe the people with money taken out of their own pockets. What can we in the United States do about a corrupt Congress which passes legislation that benefits only a few special interests? Not a hell of a lot – other than every four years, vote for another Democrat or Republican who will do the same thing.

This is the kind of helpless situation you get into when you believe that guile and secrecy is better than honesty and openness. You get hierarchical societies where information and resources are hoarded, because of the belief in scarcity. You get a “follow-the-leader” mentality where individuals give away their power. You get a false and polarizing Democratic – Republican dichotomy, where people continue to rigidly support one party or the other even though both parties are corrupt to the core and do exactly the same things when in office.

Openness, honesty and integrity is always superior to secrecy, guile and subterfuge. I talked about this concept in an earlier blog post.  However, things have gotten so far out of hand that I feel I have to repeat this message.

Here is a little packet of energy – lets call it a quanta: *  A quantum is the building block of all matter and energy, according to physics.  We are going to call this quanta the most basic “bit” of information that exists.

Just as matter and energy combines from quanta to form subatomic particles, atoms, molecules, and the various shapes that make our world, so too do bits of information combine to form subsets or collections of useful data. Javascript, for example, is a collection of information – a programming language that helps us create dynamic web pages. Any programming language is essentially composed of 1’s and 0’s – the basic quanta of computer information. 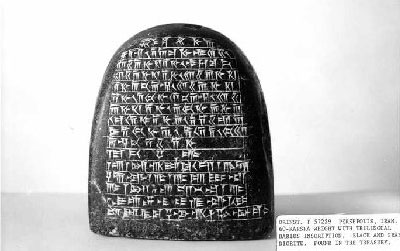 Guess how useful this is? Not very, because no one now knows how to decipher  the symbols that represent the information being conveyed. That knowledge used to be in someone’s head, but even though the data has been written down symbolically, the information that it represents has been lost.

What is information? It’s ideas – thoughts, concepts, that people can understand. If you don’t understand something, it’s worthless.

It’s one thing to simply lose information, but it’s quite another when you deliberately attempt to hide information. The more you try to conceal something, the more energy you have to expend to keep it out of sight.

Secrecy leads to obfuscation, and obfuscation is just extra data you have to add into the system to keep prying eyes from figuring it out. Security systems (codes, encryption, etc) are always expensive add-ons that take time and resources to maintain.

Even when you take out data to prevent people from understanding your information – as in a file that has been compressed or zipped, or computer code that has been minified (taking out spaces and comments and substituting single variable names for longer ones)  – you need a special program to maintain the code. That is your extra data. Obfuscation, guile, subterfuge and lies generate extra data into the system, and require more time and energy to maintain the system. The more sophisticated the information system you are trying to hide, the more effort it takes. This eventually leads to a breakdown in the system.

The point is, information systems are only as good as they are open and transparent.

What would happen, for example, if the inventors of Javascript tried to make it so that only a small elite could understand it? Well, it just wouldn’t have worked, because people are smart and can reverse engineer just about anything. (Crime solving is just the reverse-engineering of a crime – the gradual discovery of the data and the information systems used by the criminal to commit the crime.)

Here’s how guile and subterfuge works:

First there is a quantum, a unit of information that combine into a collection that we call an information system. In an open system, that information just sits there and is accessible to anyone: * Perhaps the * represents an open-source program  -- code that is free to all users. What if someone wanted to take that code and make a proprietary program that he or she could sell? Well, they would have to cloak their program with security programming, and hire staff to maintain the security system around the program. The same applies to dishonest persons and criminals. Dishonest people lie to obscure their connection to some kind of activity.

A datum surrounded by other data that hide it.

The very fact of hiding something generates extra data: the “front.” But a front is also a collection of data and needs to be maintained, because lies are themselves data. Criminals forget this little fact until their lies contradict each other and the system caves in on them. The whole thing blows up – the obfuscating data in their carefully designed system of deceit simply falls away, and they are left with the simple truth exposed: *

The origin of the saying “too clever by half” encapsulates this idea of obfuscation through additional information, and the eventual result.

In other words, lies themselves are information systems.

I heard a story this morning on the radio. A guy (let’s call him Mike) wanted to switch from cable to satellite. When the cable guy came over, he told him a lie. He said that he didn’t want to watch TV anymore and so he was going to disconnect his TV. The cable tech then proceeded to ask him questions for 20 minutes. Mike defended himself by telling more and more lies, until he finally blew up and told cable guy to just pull the plug and shut-the-bleep-up.

Have you ever been able to tell just one lie and hide the truth from someone? Well, maybe if you have a reputation for integrity. But then you got that reputation because you’ve been open and aboveboard with people. Lies, like mosquitoes, breed very rapidly, and come back to bite you in the end. Lies create a sort of black-hole phenomenon, until the buildup of energy then collapses the event horizon – and the entire system -- on top of you.

The basis for subterfuge, guile, obfuscation, propaganda, etc. are lies.

It’s really hard to lie, it’s hard to obscure, because you have to expend so much extra energy to keep the system of lies coherent. Integrity is the reason behind success in anything, even in sneak-thief activities, because illogic and inconsistencies stick out like a sore thumb and are recognized. That’s why the term “honor amongst thieves” exists. The most successful thieves are the ones with the most integrity! The “Ocean’s “ movies, although pure fiction, are great examples. Integrity is simply the coherent framework of an information system –any information system!  Without that coherence, the system falls apart.

An intelligent person who recognizes this can cut through a lot of bullshit.

For example, I received an invitation in my emailbox the other day from a guy who claims to make over $600,000, automatically, every nine months. This offer came from a very respectable website. He offers “proofs” – photos of his big house and pool, his cars, and printouts of monthly income statements. When I went to his salespage, I discovered that he’s selling a course that costs $27. If this guy is making that much money without any effort, why does he need to advertise and sell a course for a lousy $27? The answer is that his sales page is a false front, because someone who really pulls in over 600 large every nine months on auto-pilot sure doesn’t need your paltry $27!

Nowhere is the art of obfuscation more prevalent than in politics. Politics, as it is practiced on earth, is the art of subterfuge. Politicians are stereotyped as liars, because they are skilled at saying one thing while doing another.

There are so many examples I can’t even list them. The “Monetary Control Act” of 1980, for example, gave the Fed the power to monetize virtually any debt instrument, including bank loans to irresponsible foreign governments, which resulted in an expansion of dollar-denominated debt on a world-wide scale. Bills that support oil companies and fossil fuels masquerading as environmental legislation, bills that purport to stop terrorism but curtail constitutional liberties, governmental accounting practices that obscure the actual allocation of funds, are all part and parcel of a political system that gives lip service to openness and honesty, and supports obfuscation and guile.

Such a system lacks integrity and must collapse, like the Leninist systems of the old Soviet Union and Eastern Europe.

Leninism is an insidious information system that revolves around duplication and obfuscation. In the old Soviet Union, for example, the Party and the government had duplicate departments, so that an appeal to a government agency could be overridden by a similar Party agency, and vice-versa. In the United States today, we have a similar system: the “national security” establishment duplicates many of the functions of our government, but these functions are hidden from the public. The very funding that supports these hidden agencies is supported by lies and obfuscation. If you don't believe me, try to ascertain where the funding for the CIA comes from!

The world financial crisis is also based upon lies – the lies that “structured products” are worth their nominal value. (See previous blog posts).

Almost every problem we have on earth stems from a lack of openness and integrity.

Secrecy and guile is self-defeating, illogical, and irrational. Information systems based upon these false principles must inevitably collapse.

So why not just do it the open and honest way?

Not because of any moral or religious imperative, but because it works the best. Openness and transparency is the strong fabric that supports even the cloth of dishonesty. That’s why criminals and dishonest people are often much stupider than the rest of us – and have a much greater chance of failure.