Having Fun With Geometry

We will proceed in 3 dimensions as we did in two dimensions.

Let’s reintroduce Hal from the previous article, a being who is self aware before the universe was created (hey, I told you I was having fun with this!)

Hal has already created a bunch of 2 dimensional polygons, and now he is ready for something new. Hal decides to start all over again and so he makes another POINT at A and moves it about himself, 360 degrees, to create another circle:

After a bit of thought, Hal gets the bright idea to 'flip' the circle over himself. When he does this he is astonished to have created a uniformly symmetrical cocoon of energy that completely surrounds himself, and he decides to call it a sphere.

This excellent animation (1) was taken from  the U.S.  Naval Observatory (2). Even though it is an animation of the phases of the moon, it serves to show how a circle rotated about it's center 180 degrees will form a sphere. Here’s another look at it:

What can Hal do next? Well, the limit of his universe is now a sphere in 3 spatial dimensions. He can start filling in his sphere with a bunch of POINTs, but he’s pretty excited about his new creation and wants to see what the sphere looks like from the outside. So Hal decides to look straight up and he locates POINT A; and from there he creates another sphere with center at A (because that’s all he knows how to do right now), shown in red. I’ve drawn the spheres as circles because I don’t want to clutter the diagrams, but think of them as spheres.

When he does this the 2 spheres intersect each other. like so: 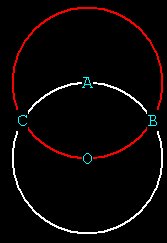 We have now created 2 intersecting points on the outside of the original sphere, at the outer edges of the sphere with center at A. Lets call these POINTs B and C.  If this were a 3D pic you could see more clearly the intersections of the 2 spheres. It forms a football shape called a vesica.

Hal recognizes that he could create another hexagon from the intersections of six spheres, so he goes to B and in turn C, creating two more spheres, and finding POINTs D and E. 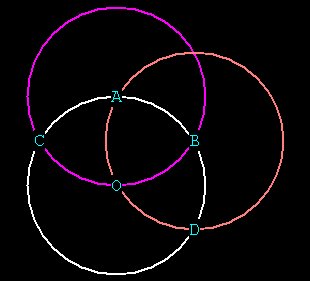 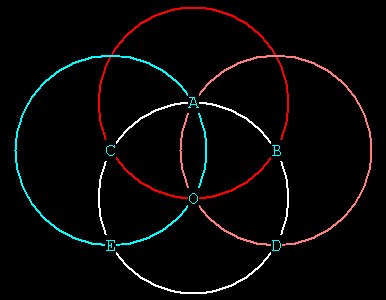 If Hal continues around the original circle and draws spheres at D and E, he finds one more point F.
Then drawing a circle at F we complete the circuit:

Hal thinks this looks pretty cool, so he goes out to one of the 6 spheres he created on top of the original sphere at A, and does the same thing. In fact, he can continue this process indefinitely. Soon he’s got a nice looking pattern: 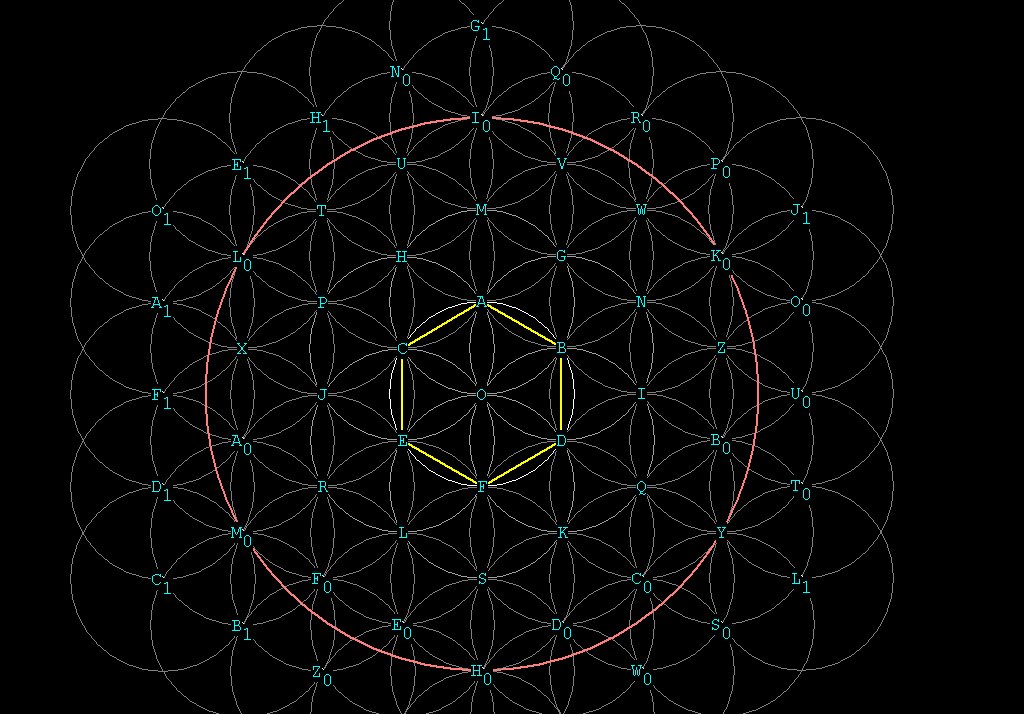 Figure 6 -- The intersecting sphere pattern. This is a poor representation, being only 2 dimensional. You have to imagine spheres piled on top, and below the plane of the paper or monitor screen. 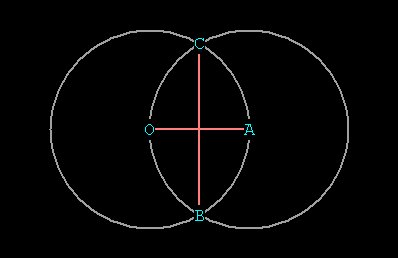 Figure 7  -- a vesica, the intersection of 2 spheres 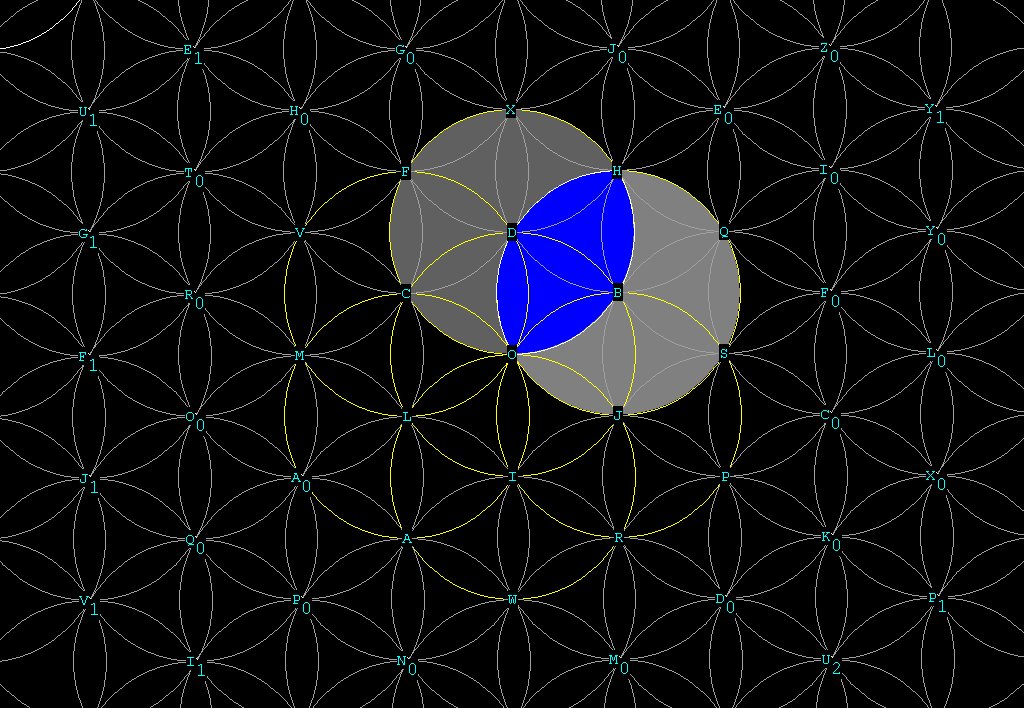 A vesica, marked in blue.

Why is this pattern so significant? Well for one thing, if you remove every sphere with a center on the surface another sphere, so that the spheres do not intersect, but only touch on their surfaces, you have a pattern of tangent, or 'closest packed' spheres: 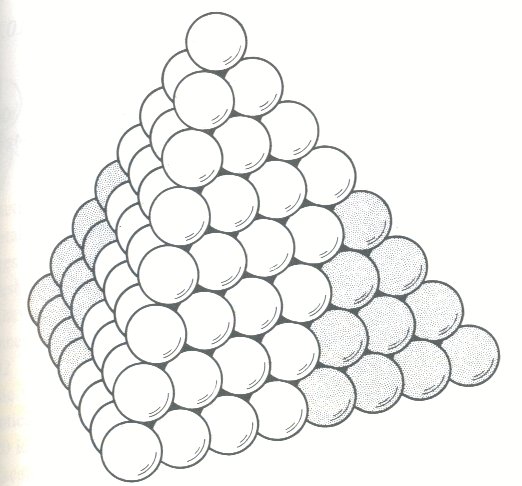 If you stack cannonballs, or ping pong balls, or any spheres so that they nestle together with the most packing efficiency (90.69%), you get a cubic closest packed lattice.
This pattern of tangent spheres is Buckminster Fuller's Isotropic Vector Matrix, shown below in another form, with the spheres removed and the connecting LINEs from their centers:

(3)
Figure 7B – The Isotropic Vector Matrix. It is made by connecting the sphere centers in a closest packed lattice.

From this pattern, Hal can see  >3 of the 5 Regular Solids, the tetrahedron, the octahedron, the cube, and also the cubeoctahedron. In 3 dimensions, there are 12 spheres surrounding each sphere. If you look at Figure 7B, there are twelve struts which come out from each vertex.

The pattern of intersecting spheres that Hal made, and the Isotropic Vector Matrix, is constructed so that the angles between the central sphere at O, and any of the 12 spheres that branch out from it, are 60 degrees.
Basically, it consists of interlocking octahedrons and tetrahedrons, which completely fill space: 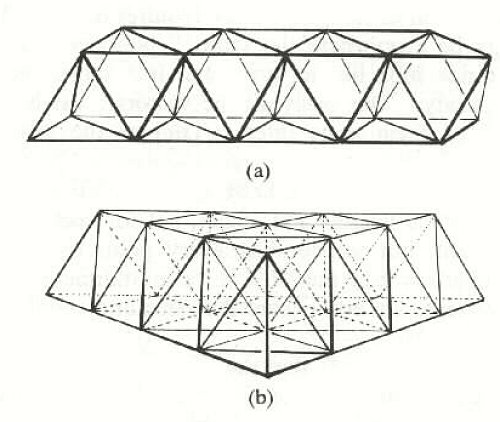 Figure 7D below shows the 12-spheres-around-1. Fuller called it a Vector Equilibrium and it is also called a cubeoctahedron. The top of the cubeoctahedron is shown in bright yellow, the bottom half in lighter yellow, and the central sphere is at O. A cubeoctahedron is formed by cutting off the corners of a cube.
You may be able to visualize this if  you imagine 6 spheres coming outward toward you, with centers at  H3, I3, and L3, and 3 spheres below, at F3, K3, and J3, (sitting 'above' the pattern. There are also 6 spheres whose centers form a hexagon surrounding the central sphere. I’ve marked these 6 spheres in orange: 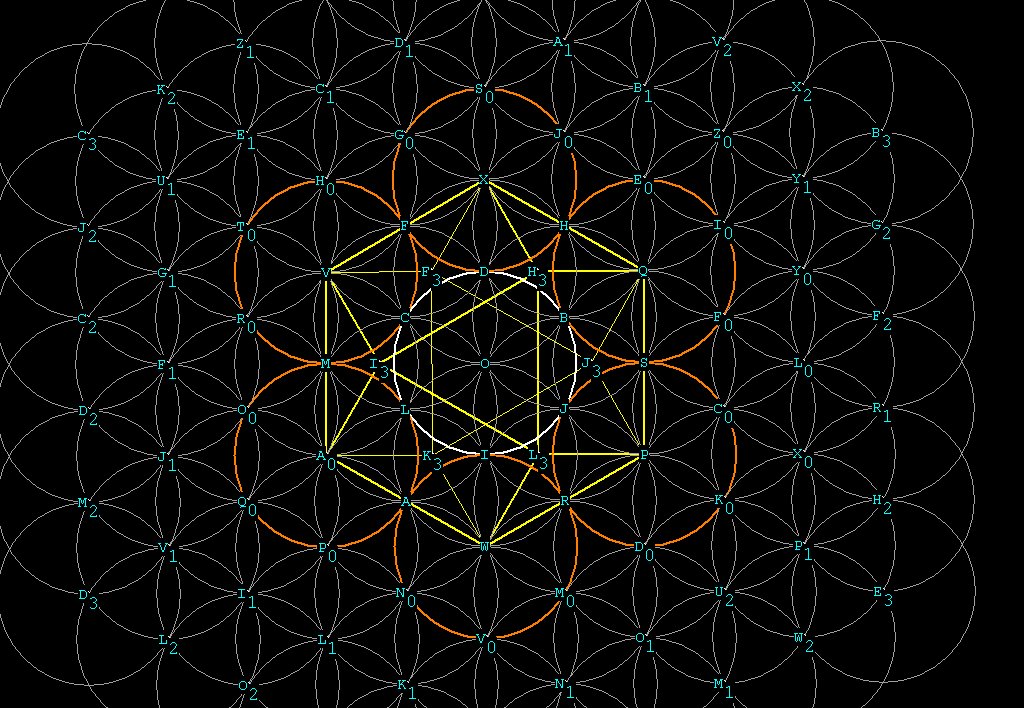 Figure 7D -- the cubeoctahedron in 3D 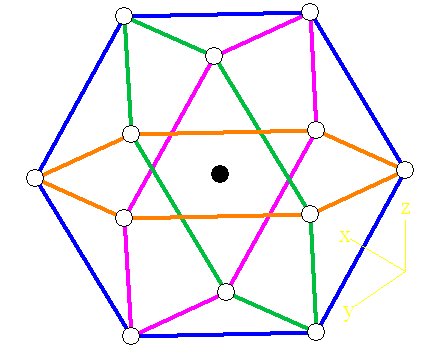 Another look at the cubeoctahedron.

Hal has found 4 polyhedra (poly = many, hedra = faces) already, but he has noticed that all of them have faces which are either triangular (3 sided) or square (4 sided): 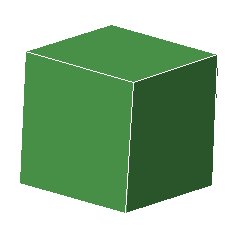 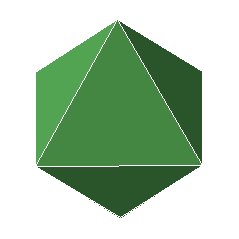 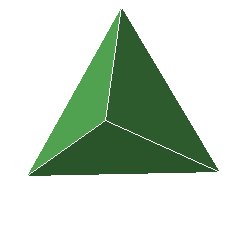 He wonders whether there are any solids which have pentagonal (5 sided) faces?

First he discovers the icosahedron: 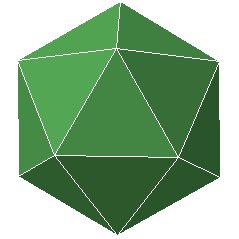 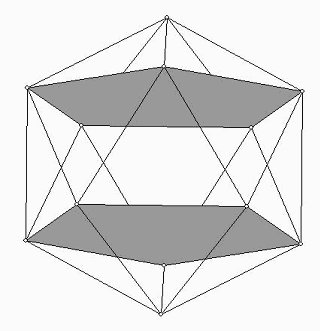 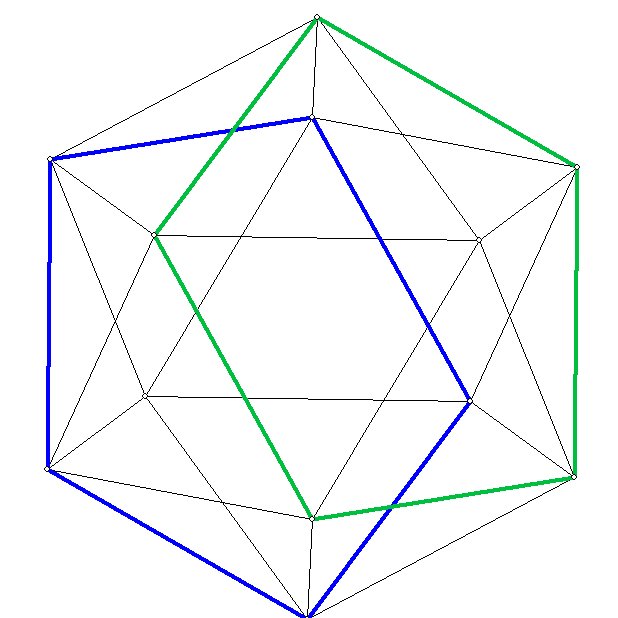 Figure 9
and notices that although it has triangular faces, it is composed of pentagons inside, and pentagonal caps on the outside, as shown above.
He notices that if he takes out the central sphere in the 12-around-1 (cubeoctahedron), he gets the icosahedron:

Figure 10
Here the cubeoctahedron (left) “jitterbugs” into the icosahedron (right).

No matter how hard he tries, Hal, although a very brilliant being, can’t discover a 3 dimensional solid with pentagonal faces that fits into the pattern, until he does this: 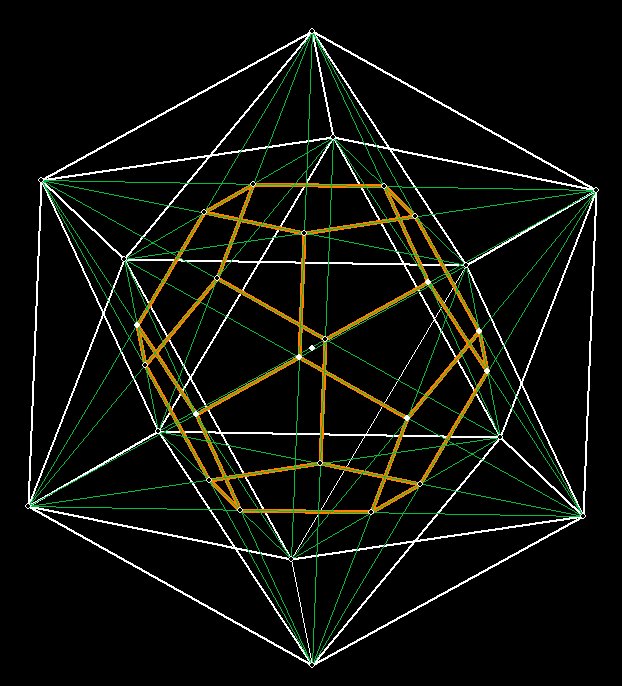 Figure 11
Hal draws a LINE from every one of the vertices of the icosahedron to a non-adjacent vertex, except for those that go through the middle, and marks the intersection POINTs. When he connects up the LINEs to adjacent POINTs, viola! He winds up with the dodecahedron, a solid which has faces that are pentagons.

The vertices of the dodecahedron can also be found by orienting 5 Tetrahedrons, like so: 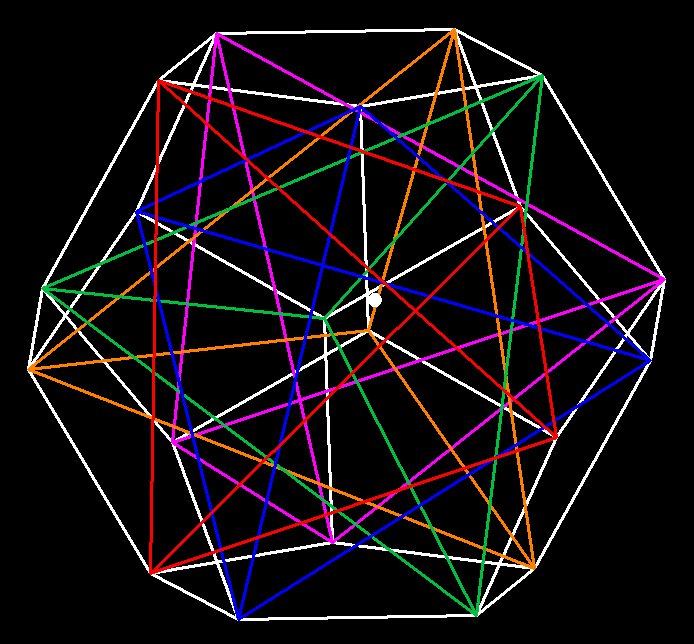 Hal discovers something else about the pattern he’s made. It’s 2 dimensional representation, a bunch of intersecting circles, can be flipped over to form 3 dimensional torii: 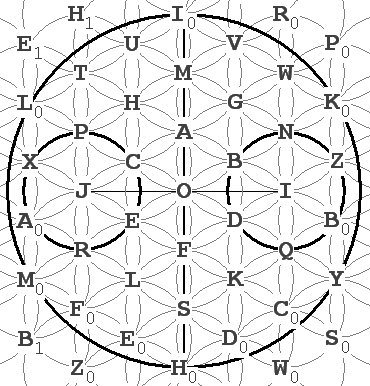 Figure 12 If Hal rotates either of the two circles at J and I around the axis IH, a ring torus will form:

Figure 13 – The three standard torii, showing cross-sections. Note that since Hal’s pattern is symmetrical, torii of any size may be created. A 3 dimensional vesica can be seen in the spindle torus.

We could go on, but we’re not! We’re going to leave Hal, as he is busy creating more and more geometric figures and doesn’t have time for us anymore. Now, all we have to do is wait 13 billion years, and hopefully he’ll be smart enough to have created the rest of the universe.

Geometry is an important subject because it involves the spatial relationships between every object in the universe, andt it’s also important to biology. Look at the nucleotide, shown below: 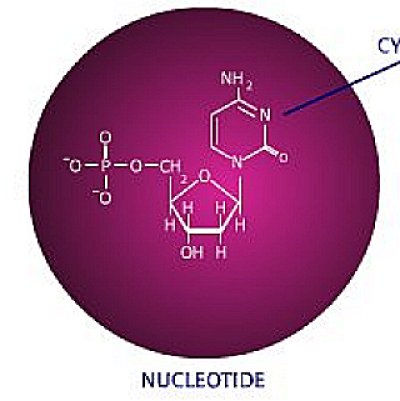 (6)
Figure 15   The nucleotide – the building block of DNA.
The phosphate group (to the left)  is square,  the deoxyribose-sugar is pentagonal, and the nitrogenous base to the right is hexagonally shaped.

The Dodecahedron is even more difficult to contruct because it is composed entirely of pentagons. For that reason, this structure must be intimately associated with biological life.

The main idea is that we can make any possible geometric shape, either directly, or indirectly, from the intersecting sphere pattern. (I have just shown the 5 regular solids here).
Even though the dodecahedron and the icosahedron must always remain slightly imperfect (or any shape which has  Ø within its makeup), by altering the radius of the spheres and superimposing  interlocking sphere patterns one over the other, all of the forms we observe in existence can be constructed.