The Complete Transcripts from the Interview With Spirit show, Sept 2007 -- August 2014

See the Table of Contents for each book

On mobile devices, scroll down to see all images

The Interview With Spirit Show on Blog Talk Radio

One day in September, 2007, I received a cold call from a South London d.j. He had read my website, kjmaclean.com, and the excerpts from my book, Dialogues, Conversations with My Higher Self. In a very aggressive manner he plied me with questions, wanting to know if I was some kind of charlatan out for money. The upshot of it was that my answers convinced him to start a spiritual radio show with me, and thus was the Interview With Spirit Show born.

Over the next eight years, I used the show as a platform to ask my guidance, whom I called the Guys, questions about life and the nature of the universe. On the show we covered topics ranging from current events (from a spiritual perspective), consciousness and its relationship to the material world, the future of planet earth and the human race, science and spirituality, as well as practical subjects such as relationships, money, love, the vibrational universe concept and the law of attraction, and how to find happiness in a world that is just a little crazy. We also discussed topics such as 2012, interdimensionality, and Ascension.

Every week I came up with a different topic, and I have to tell you I always looked forward to Wednesdays at 4p.m., because I knew I would be "downloading" a message that was both inspirational and informative. Doing the IWS show was incredible fun!

In these 8 books I have compiled the messages exactly as I gave them every week on the show. I don't like to brag but there is some amazing stuff in these books!

All Endings are Happy Endings

This was the tag line of the IWS show, and expresses the fundamental truth of life. "Death" is merely a transition back to what the Guys call Native State, the natural condition of consciousness when it is not incarnated physically in a body. If there is one thing I learned in the 8 years I did the show, it is that death is an illusion, and there is nothing to fear. Death is actually the single biggest rush in all of life, for it means a return to complete well-being and love.

The Guys are 100% positive. No matter how negative I was about life, my guidance NEVER went there. I often accused them of "spinning" everything to the positive, until I realized that messages from Spirit are ALWAYS positive! Even now, after 8 years, it seems almost impossible that consciousness is that way all the time. But downloading these messages gave me complete confidence that love, well-being, and happiness are the fundamental truths of life. It's inspiring!

The weekly messages do not only cover the particular topic listed in the Table of Contents , but threaded through them is an underlying theme that united the entire series of messages throughout the 8 years I was on the air. Very often the messages branched off into other iteresting topics.

All Interview With Spirit eBooks come in 3 formats: PDF, ePub, and MOBI. Read them on your mobile reader or the free Acrobat Reader available at adobe.com

All transactions occur on secure servers.

The Interview With Spirit EBooks may be downloaded immediately after purchase. 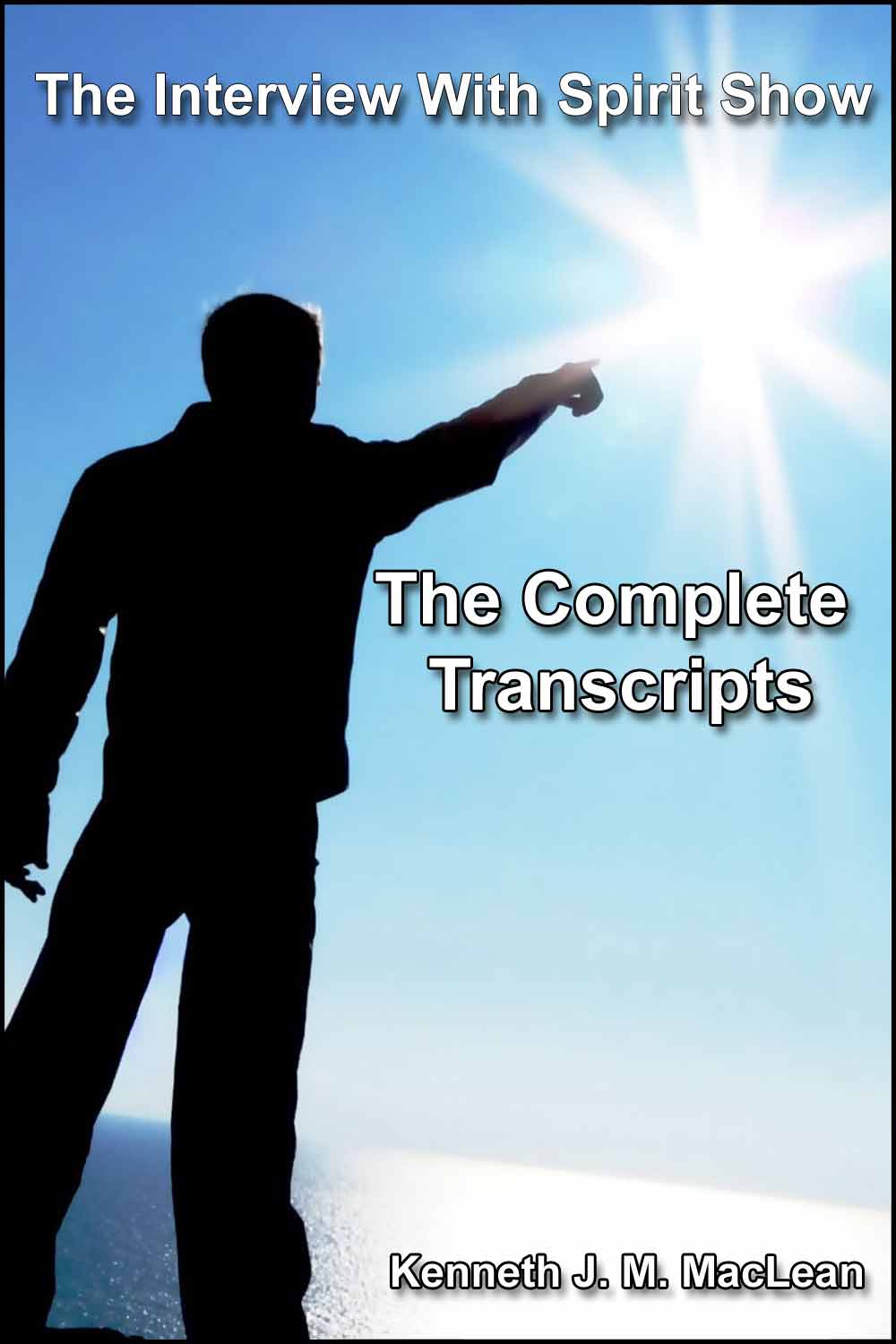 $24.99, 8 years of transcripts from the Interview With Spirit Show on Blog Talk Radio

To purchase using Credit Card or PayPal, Click the "Add to Cart" button

P.S. If you aren't satisfied after reading this eBook, I will give you your money back.